The Origins of Beowulf: And the Pre-Viking Kingdom of East Anglia (Paperback) 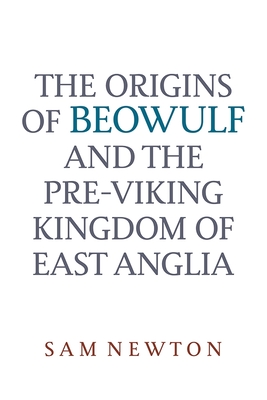 The Origins of Beowulf: And the Pre-Viking Kingdom of East Anglia (Paperback)


Not On Our Shelves—Ships in 1-5 Days
A detailed and passionate argument suggesting that Beowulf originated in the pre-Viking kingdom of 8th-century East Anglia. Where did Beowulf, unique and thrilling example of an Old English epic poem come from? In whose hall did the poem's maker first tell the tale? The poem exists now in just one manuscript, but careful study of the literary and historical associations reveals striking details which lead Dr Newton to claim, as he pieces together the various clues, a specific origin for the poem.
Dr Newton suggests that references in Beowulf to the heroes whose names are listed in Anglo-Saxon royal genealogies indicate that such Northern dynastic concerns are most likely to have been fostered in the kingdom of East Anglia. He supports his thesis with evidence drawn from East Anglianarchaeology, hagiography and folklore. His argument, detailed and passionate, offers the exciting possibility that he has discovered the lost origins of the poem in the pre-Viking kingdom of 8th-century East Anglia. SAMNEWTON was awarded his Ph.D. for work on Beowulf.