Yukio Mishima: The Death of a Man (Hardcover) 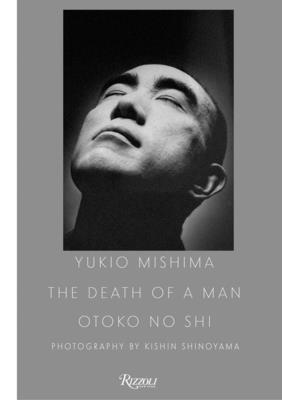 Yukio Mishima: The Death of a Man (Hardcover)


Not On Our Shelves—Ships in 1-5 Days
In commemoration of the fiftieth anniversary of the death of Yukio Mishima, one of the leading figures in modern literature, The Death of a Man presents a sublime--and often shocking--visual record of the last few months prior to his sensational ritual suicide in November 1970.

The author of masterworks such as The Temple of the Golden Pavilion and Forbidden Colors, Mishima, a celebrated figure in postwar world literature, remains a controversial figure in Japan. His reactionary politics and the spectacular nature of his death had so profoundly impacted Japanese society that images associated with the event were never publicly shown.
In the months prior to the November incident, he enlisted Kishin Shinoyama to create a photographic, radical work of fiction, a photo essay on the death of the Japanese "everyman." In images often suffused with militarism and eroticism, a parade of men, including a sailor, a construction worker, a fisherman, and a soldier, are shown meeting grisly, dramatic ends.
Published for the very first time, these stylized images of men dying alone serve as prologues to the real-world culmination of Mishima's pursuit of total art. Locked in a performance with one inescapable end, Mishima offered his own body as its final act.

With texts by Mishima and his closest intimates and first-person reminiscences of his final moments, this book promises to be an unprecedented interrogation on the nature of performance and the role of artist as actor, provocateur, and revolutionary.
Kishin Shinoyama is one of the titans of Japanese postwar photography. In 2018 Louis Vuitton reprinted his landmark 1981 work on the Silk Road.