The Diary of a Nose: A Year in the Life of a Parfumeur (Hardcover) 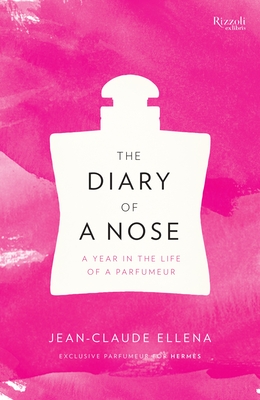 The Diary of a Nose: A Year in the Life of a Parfumeur (Hardcover)


Special Order—Subject to Availability
An intimate exploration of inspiration and creativity, from the "parfumeur exclusif" of the house of Hermès. A scent has incantatory powers, capable of transporting you to your past, of kindling fantasies, of creating a vivid mise en scène—literally out of thin air. In the hands of the truly great, perfume creation is a kind of alchemy. Where does inspiration for this visceral art come from? How does one capture the essence of emotions, of desire? Jean-Claude Ellena has a sublime gift. As "parfumeur exclusif" (or "the nose") for Hermès, he elevates fragrance to an art form. A "writer of perfume," his concoctions are as finely composed and evocative as a haiku. He is also a conjurer of sorts: "I create an illusion that is actually stronger than reality . . . you enter the scent and follow the path." The Diary of a Nose is a collection of Ellena’s meditations on the world of scents, and what stirs his creation of some of the world’s most desired fragrances. Inspiration can come from anywhere—a market stall, a landscape, or even the movement of calligraphy. Though each smell has its own distinct character, a gifted perfumer creates olfactory experiences that are intensely personal and unique, that blossom on the body and leave a trace of us lingering after we have left a room. Seductive, delicate, and elegant as any of Ellena’s creations, The Diary of a Nose seeks to capture the most elusive facets of this rarefied and mysterious art.
Jean-Claude Ellena has been the exclusive perfumer to the house of house of Hermès since 2004. Over the course of his career he has created some of the world’s bestselling fragrances, including "First" from Van Cleef & Arpels, "Eau Parfumée au Thé Vert" from Bulgari, and "Déclaration" from Cartier.
“Written with a keen eye for detail....In achieving a transporting scent, Ellena’s goal is for the pleasure to be released and shared by the wearer and those around him or her, a passionate philosophy that turns a fragrance into more than the sum of its notes.” ~Publisher's Weekly

"It’s a rare glimpse into the mind of a master perfumer, and an inspired read for the fragrance enthusiast." ~www.sniffapalooza.com

"Ellena's prose is tender, unpretentious, ethereal like Giono's stories or Japanese ink calligraphy, and deeply personal. Because, beyond the "search for beauty", art is defined by the purposeful will to communicate something from creator to public, and that something can never be non personal. The more impersonal and all-encompassing that message tries to be, the less artistic the end result becomes." ~Perfume Shrine Blog

"...Mr. Ellena's book—with its understatement and little bursts of pleasure—is somehow more erotic...For now, when I roam around Paris, I'll probably wear one of Jean-Claude Ellena's creations. If he ever sidles up and sniffs me, I want to be wearing it." ~Wall Street Journal