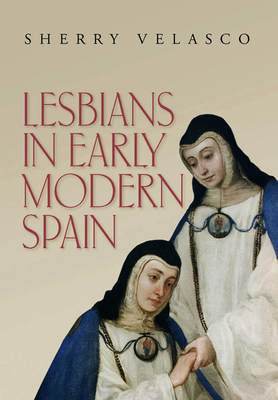 
Not On Our Shelves—Ships in 1-5 Days
In this first in-depth study of female homosexuality in the Spanish Empire for the period from 1500 to 1800, Velasco presents a multitude of riveting examples that reveal widespread contemporary interest in women's intimate relations with other women. Her sources include literary and historical texts featuring female homoeroticism, tracts on convent life, medical treatises, civil and Inquisitional cases, and dramas. She has also uncovered a number of revealing illustrations from the period.
The women in these accounts, stories, and cases range from internationally famous transgendered celebrities to lesbian criminals, from those suspected of special friendships in the convent to ordinary villagers.
Velasco argues that the diverse and recurrent representations of lesbian desire provide compelling evidence of how different groups perceived intimacy between women as more than just specific sex acts. At times these narratives describe complex personal relationships and occasionally characterize these women as being of a certain type, suggesting an early modern precursor to what would later be recognized as divergent lesbian, bisexual, and transgender identities.