Do the Gods Wear Capes?: Spirituality, Fantasy, and Superheroes (New Directions in Religion and Literature) (Hardcover) 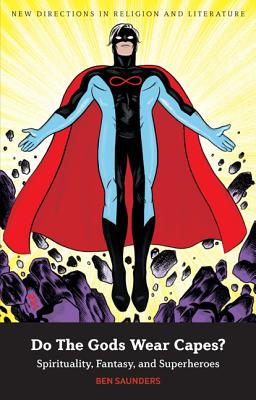 Do the Gods Wear Capes?: Spirituality, Fantasy, and Superheroes (New Directions in Religion and Literature) (Hardcover)

Brash, bold, and sometimes brutal, superheroes might seem to epitomize modern pop-culture at its most melodramatic and mindless. But according to Ben Saunders, the appeal of the superhero is fundamentally metaphysical - even spiritual - in nature. In chapter-length analyses of the early comic book adventures of Superman, Wonder Woman, Spider-Man, and Iron-Man, Saunders explores a number of complex philosophical and theological issues, including: the problem of evil; the will-to-power; the tension between intimacy and vulnerability; and the challenge of love, in the face of mortality. He concludes that comic book fantasies of the superhuman ironically reveal more than we might care to admit about our human limitations, even as they expose the falsehood of the characteristically modern opposition between religion and science. Clearly and passionately written, this insightful and at times exhilarating book should delight all readers who believe in the redemptive capacity of the imagination, regardless of whether they consider themselves comic book fans.

"Ben Saunders gets at the crossover between psychology and superheroes, and at the difficulties it imposes, in his excellent 2011 book about the intersection between religion and superheroes, Do the Gods Wear Capes?" – Noah Berlatsky