The Body of the Cross: Holy Victims and the Invention of the Atonement (Paperback) 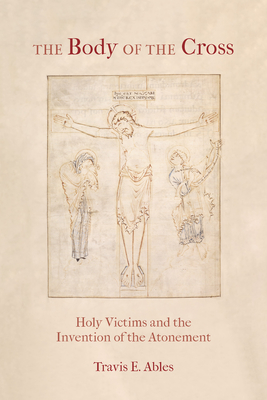 The Body of the Cross: Holy Victims and the Invention of the Atonement (Paperback)

The Body of the Cross is a study of holy victims in Western Christian history and how the uses of their bodies in Christian thought led to the idea of the cross as a substitutionary sacrifice. Since its first centuries, Christianity has traded on the suffering of victims--martyrs, mystics, and heretics--as substitutes for the Christian social body. These victims secured holiness, either by their own sacred power or by their reprobation and rejection. Just as their bodies were mediated in eucharistic, social, and Christological ways, so too did the flesh of Jesus Christ become one of those holy substitutes. But it was only late in Western history that he took on the function of the exemplary victim.

In tracing the story of this embodied development, The Body of the Cross gives special attention to popular spirituality, religious dissent, and the writing of women throughout Christian history. It examines the symbol of the cross as it functions in key moments throughout this history, including the parting of the ways of Judaism and Christianity, the gnostic debates, martyr traditions, and medieval affective devotion and heresy. Finally, in a Reformation era haunted by divine wrath, these themes concentrated in the unique concept that Jesus Christ died on the cross to absorb divine punishment for sin: a holy body and a rejected body in one.
Travis E. Ables (PhD, Vanderbilt) is affiliate faculty at Regis University. He has previously taught at Vanderbilt Divinity School and Eden Theological Seminary and has served as managing editor of the Anglican Theological Review. He is also the author of Incarnational Realism: Trinity and the Spirit in Augustine and Barth (2013).