The Decolonial Abyss: Mysticism and Cosmopolitics from the Ruins (Perspectives in Continental Philosophy) (Hardcover) 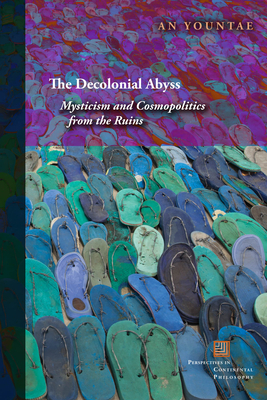 The Decolonial Abyss: Mysticism and Cosmopolitics from the Ruins (Perspectives in Continental Philosophy) (Hardcover)

The Decolonial Abyss probes the ethico-political possibility harbored in Western philosophical and theological thought for addressing the collective experience of suffering, socio-political trauma, and colonial violence. In order to do so, it builds a constructive and coherent thematization of the somewhat obscurely defined and underexplored mystical figure of the abyss as it occurs in Neoplatonic mysticism, German Idealism, and Afro-Caribbean philosophy.

The central question An Yountae raises is, How do we mediate the mystical abyss of theology/philosophy and the abyss of socio-political trauma engulfing the colonial subject? What would theopoetics look like in the context where poetics is the means of resistance and survival? This book seeks to answer these questions by examining the abyss as the dialectical process in which the self's dispossession before the encounter with its own finitude is followed by the rediscovery or reconstruction of the self.
An Yountae is a Visiting Assistant Professor of Religion at Lebanon Valley College.