Race and Modern Architecture: A Critical History from the Enlightenment to the Present (Culture Politics & the Built Environment) (Paperback) 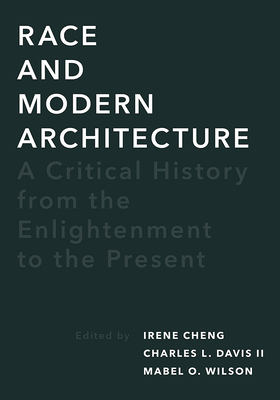 Race and Modern Architecture: A Critical History from the Enlightenment to the Present (Culture Politics & the Built Environment) (Paperback)


Backordered
Although race—a concept of human difference that establishes hierarchies of power and domination—has played a critical role in the development of modern architectural discourse and practice since the Enlightenment, its influence on the discipline remains largely underexplored. This volume offers a welcome and long-awaited intervention for the field by shining a spotlight on constructions of race and their impact on architecture and theory in Europe and North America and across various global contexts since the eighteenth century. Challenging us to write race back into architectural history, contributors confront how racial thinking has intimately shaped some of the key concepts of modern architecture and culture over time, including freedom, revolution, character, national and indigenous style, progress, hybridity, climate, representation, and radicalism. By analyzing how architecture has intersected with histories of slavery, colonialism, and inequality—from eighteenth-century neoclassical governmental buildings to present-day housing projects for immigrants—Race and Modern Architecture challenges, complicates, and revises the standard association of modern architecture with a universal project of emancipation and progress.
Irene Cheng is an architectural historian and associate professor at the California College of the Arts.

Charles L. Davis II is an assistant professor of architectural history and criticism at the University at Buffalo, SUNY.

Mabel O. Wilson is the Nancy and George E. Rupp Professor at the Graduate School of Architecture, Planning, and Preservation and a professor in African American and African Diasporic studies at Columbia University.
“This book will enlighten many. By exposing how modern architectural discourse and thought have been influenced quite heavily by racism, this critical and important scholarship sheds new light on the built environment. Race and Modern Architecture ultimately reveals how architecture and design have been silent partners in oppression in the United States and around the globe.” —Lee Bey, author of Southern Exposure: The Overlooked Architecture of Chicago's South Side


“Race and Modern Architecture challenges the suppression of race in canonical histories of modern architecture, revealing the discipline’s foundation on hierarchies of racial difference, its absorption of racial thought, and the racial origins of modernism’s narrative of universalism and progress. These incisive essays resonate beyond architectural history and reflect on the inextricable intertwining of race and modernism.” —Patricia Morton, University of California, Riverside


“For practitioners, this carefully edited history may fill in gaps in historical knowledge and illuminate racial injustices playing out in contemporary cities. Anyone interested in beginning these difficult conversations will find this book invaluable.” —Canadian Architect


“In looking at the history of architecture as a history of racialized cultures, seemingly everywhere, this volume makes a major contribution to the literature.” —CHOICE


“Race and Modern Architecture is a pioneering contribution and will guide scholars, educators, and students for years in better interpreting and illuminating the hidden histories of race in Western architecture. Carefully filling a lacuna in historical knowledge and methodology, this edited history will help to build complex and long-due conversations.” —Arris


“The volume . . . could hardly have come at a more appropriate time, as discussions of systemic racism in the United States spread from the classroom to the streets, from the streets to the halls of government. . . . the essays are equally strong, based upon significant archival and on-the-ground scholarship, with vigorous, fresh arguments.” —The Plan Journal