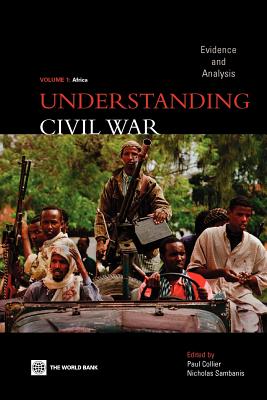 This is book number 1 in the Understanding Civil War series.

The two volumes of 'Understanding Civil War' build upon the World Bank's prior research on conflict and violence, particularly on the work of Paul Collier and Anke Hoeffler, whose model of civil war onset has sparked much discussion on the relationship between conflict and development in what came to be known as the 'greed' versus 'grievance' debate. The authors systematically apply the Collier-Hoeffler model to 15 countries in 6 different regions of the world, using a comparative case study methodology to revise and expand upon economic models of civil war. The book concludes that the 'greed' versus 'grievance' debate should be abandoned for a more complex model that considers greed and grievance as inextricably fused motives for civil war.