War After the War: A New History of Reconstruction (Uncivil Wars) (Paperback) 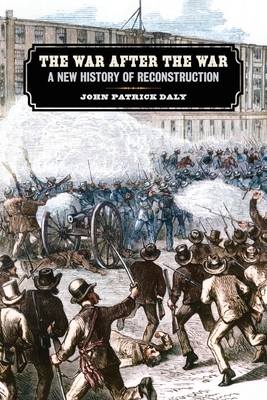 War After the War: A New History of Reconstruction (Uncivil Wars) (Paperback)

The War after the War is a lively military history and overview of Reconstruction that illuminates the new war fought immediately after the American Civil War. This Southern Civil War was distinct from the American Civil War and fought between southerners for control of state governments. In the South, African American and white unionists formed a successful biracial coalition that elected state and local officials. White supremacist insurrectionaries battled with these coalitions and won the Southern Civil War, successfully overthrowing democratically elected governments. The repercussions of these political setbacks would be felt for decades to come.

With this book John Patrick Daly examines the political and racial battles for power after the Civil War, as white supremacist terror, guerrilla, and paramilitary groups attacked biracial coalitions in their local areas. The Ku Klux Klan was the most infamous of these groups, but ex-Confederate extremists fought democratic change in the region under many guises. The biracial coalition put up a brave fight against these insurrectionary forces, but the federal government offered the biracial forces little help. After dozens of battles and tens of thousands of casualties between 1865 and 1877, the Southern Civil War ended in the complete triumph of extremist insurrection and white supremacy. As the United States marks the 150th anniversary of the Southern Civil War, its lessons are more vital than ever.
JOHN PATRICK DALY is associate professor of history at SUNY Brockport. He is the author of When Slavery Was Called Freedom: Evangelicalism, Proslavery, and the Causes of the Civil War. He lives in Rochester, New York.