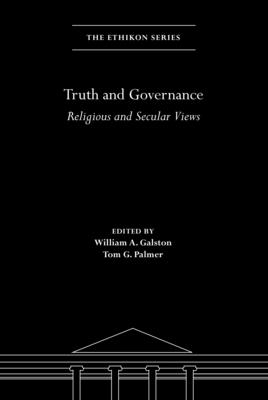 Taking the long view of conflicts between truth and political power

What role does truth play in government? In context of recent political discourse around the globe--and especially in the United States--it is easy to believe that truth, in the form of indisputable facts, is a matter of debate.

But it's also important to remember that since ancient times, every religious and philosophical tradition has wrestled with this question. In this volume, scholars representing ten traditions--Western and Eastern, religious and secular--address the nature of truth and its role in government. Among the questions they address: When is deception permissible, or even a good thing? What remedies are necessary and useful when governments fail in their responsibilities to be truthful?

The authors consider the relationship between truth and governance in democracies, but also in non-democratic regimes. Although democracy is distinctive in requiring truth as a fundamental basis for governing, non-democratic forms of government also cannot do without truth entirely. If ministers cannot give candid advice to rulers, the government's policies are likely to proceed on false premises and therefore fail. If rulers do not speak truthfully to their people, trust will erode.

Each author in this book addresses a common set of issues: the nature of truth; the morality of truth-telling; the nature of government, which shapes each tradition's understanding of the relationship between governance and truth; the legitimacy and limits of regulating speech; and remedies when truth becomes divorced from governance.

Truth and Governance will open readers' eyes to the variety of possible approaches to the relationship between truth and governance. Readers will find views they thought self-evident challenged and will come away with a greater understanding of the importance of truth and truth-telling, and of how to counter deliberate deception.

William A. Galston holds the Ezra K. Zilkha Chair in the Brookings Institution's Governance Studies Program. He was previously the Saul Stern Professor and Acting Dean at the School of Public Policy, University of Maryland, and director of the Institute for Philosophy and Public Policy. He served from 1993 to 1995 as Deputy Assistant to President Clinton for Domestic Policy. He has a regular column in the Wall Street Journal.Tom G. Palmer is a senior fellow at the Cato Institute and executive vice president for international programs at Atlas Network, where he works with a global network of research institutes. His writings have appeared in Foreign Policy, Washington Post, Wall Street Journal, and other popular and academic publications.