Arab Americans in Film: From Hollywood and Egyptian Stereotypes to Self-Representation (Paperback) 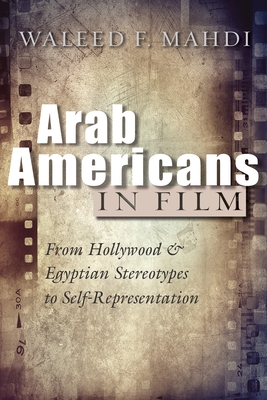 Arab Americans in Film: From Hollywood and Egyptian Stereotypes to Self-Representation (Paperback)

It comes as little surprise that Hollywood films have traditionally stereotyped Arab Americans, but how are Arab Americans portrayed in Arab films, and just as importantly, how are they portrayed in the works of Arab American filmmakers themselves? In this innovative volume, Mahdi offers a comparative analysis of three cinemas, yielding rich insights on the layers of representation and the ways in which those representations are challenged and disrupted. Hollywood films have fostered reductive imagery of Arab Americans since the 1970s as either a national security threat or a foreign policy concern, while Egyptian filmmakers have used polarizing images of Arab Americans since the 1990s to convey their nationalist critiques of the United States. Both portrayals are rooted in anxieties around globalization, migration, and US-Arab geopolitics. In contrast, Arab American cinema provides a more complex, realistic, and fluid representation of Arab American citizenship and the nuances of a transnational identity. Exploring a wide variety of films from each cinematic site, Mahdi traces the competing narratives of Arab American belonging--how and why they vary, and what's at stake in their circulation.
Waleed F. Mahdi is assistant professor at the University of Oklahoma. A specialist in US-Arab cultural politics, his research is at the intersection of area studies and ethnic studies as he explores issues of cultural representation and identity politics in American, Arab, and Arab American contexts