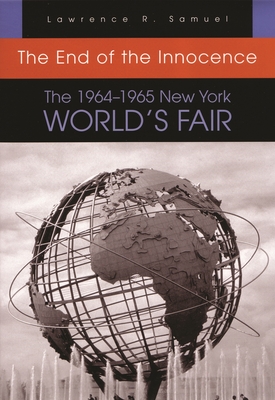 From April 1964 to October 1965, some 52 million people from around the world flocked to the New York World's Fair, an experience that lives on in the memory of many individuals and in America's collective consciousness. Taking a perceptive look back at the last of the great world's fairs, Samuel offers a vivid portrait of this seminal event and of the cultural climate that surrounded it. He also counters critics' assessments of the fair as the ugly duckling of global expositions. Opening five months after President Kennedy's assassination, the fair allowed millions to celebrate international fellowship while the conflict in Vietnam came to a boil. This event was perhaps the last time so many from so far could gather to praise harmony while ignoring cruel realities on such a gargantuan scale. This world's fair glorified the postwar American dream of limitless optimism even as a counterculture of sex, drugs, and rock n roll came into being. It could rightly be called the last gasp of that dream: The End of the Innocence.

Samuel's work charts the fair from inception in 1959 to demolition in 1966 and provides a broad overview of the social and cultural dynamics that led to the birth of the event. It also traces thematic aspects of the fair, with its focus on science, technology, and the world of the future. Accessible, entertaining, and informative, the book is richly illustrated with contemporary photographs.
Lawrence R. Samuel is the author of seven books, including Pledging Allegiance: American Identity and the Bond Drive of World War II and Television Advertising and the American Dream. He lives in Miami Beach, Florida.