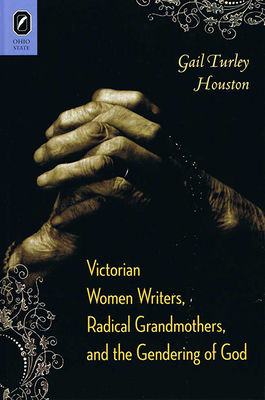 
Not On Our Shelves—Ships in 1-5 Days
(This book cannot be returned.)
If Victorian women writers yearned for authorial forebears, or, in Elizabeth Barrett Browning’s words, for “grandmothers,” there were, Gail Turley Houston argues, grandmothers who in the late eighteenth and early nineteenth centuries envisioned powerful female divinities that would reconfigure society. Like many Victorian women writers, they experienced a sense of what Barrett Browning termed “mother-want” inextricably connected to “mother-god-want.” These millenarian and socialist feminist grandmothers believed the time had come for women to initiate the earthly paradise that patriarchal institutions had failed to establish. Recuperating a symbolic divine in the form of the Great Mother—a pagan Virgin Mary, a female messiah, and a titanic Eve—Joanna Southcott, Eliza Sharples, Frances Wright, and others set the stage for Victorian women writers to envision and impart emanations of puissant Christian and pagan goddesses, enabling them to acquire the authorial legitimacy patriarchal culture denied them. Though the Victorian authors studied by Houston—Barrett Browning, Charlotte Brontë, Florence Nightingale, Anna Jameson, and George Eliot—often masked progressive rhetoric, even in some cases seeming to reject these foremothers, their radical genealogy reappeared in mystic, metaphysical revisions of divinity that insisted that deity be understood, at least in part, as substantively female.
Gail Turley Houston is professor and chair of English language and literature at the University of New Mexico.