The Soil and Health: A Study of Organic Agriculture (Culture of the Land) (Paperback) 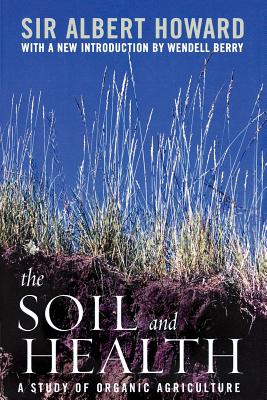 The Soil and Health: A Study of Organic Agriculture (Culture of the Land) (Paperback)


Not On Our Shelves—Ships in 1-5 Days
(This book cannot be returned.)
During his years as a scientist working for the British government in India, Sir Albert Howard conceived of and refined the principles of organic agriculture. Howard's The Soil and Health became a seminal and inspirational text in the organic movement soon after its publication in 1945. The Soil and Health argues that industrial agriculture, emergent in Howard's era and dominant today, disrupts the delicate balance of nature and irrevocably robs the soil of its fertility. Howard's classic treati.
Sir Albert Howard (1873--1947), founder of the organic farming movement, is the author of several books, including An Agricultural Testament.