The Air Force Way of War: U.S. Tactics and Training After Vietnam (Hardcover) 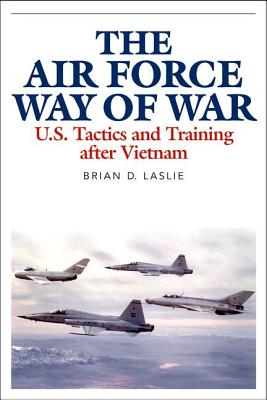 The Air Force Way of War: U.S. Tactics and Training After Vietnam (Hardcover)


Not On Our Shelves—Ships in 1-5 Days
(This book cannot be returned.)
On December 18, 1972, more than one hundred U.S. B-52 bombers flew over North Vietnam to initiate Operation Linebacker II. During the next eleven days, sixteen of these planes were shot down and another four suffered heavy damage. These losses soon proved so devastating that Strategic Air Command was ordered to halt the bombing. The U.S. Air Force's poor performance in this and other operations during Vietnam was partly due to the fact that they had trained their pilots according to methods devi.
Brian D. Laslie is deputy command historian at the North American Aerospace Defense Command (NORAD) and United States Northern Command (USNORTHCOM) as well as an Adjunct Professor at the U.S. Air Force Academy.