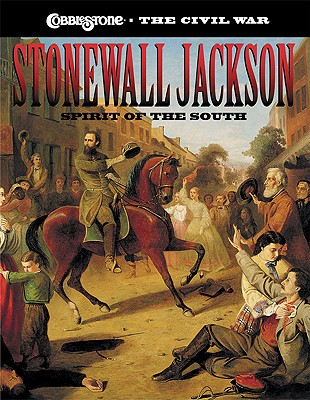 
Special Order—Subject to Availability
When young Thomas Jackson was promoted three times in 15 months during the United States-Mexican War, his superior officers saw that he had the potential to be a great leader. Fourteen years later, in the early days of the Civil War, General Jackson quickly became a Confederate hero. Throughout the Shenandoah Valley Campaign, at Manassas, and at Chancellorsville, Jackson repeatedly proved his courage, loyalty, and honor. Stonewall Jackson: Spirit of the Sout tells the story of the general who rallied the South during the first two years of the Civil War. Explore Jackson's days at the United States Military Academy at West Point and his later teaching career at Virginia Military Institute. Discover how his actions at the Battle of First Manassas earned him the nickname "Stonewall." Meet the man whose death General Robert E. Lee mourned as the loss of his "right hand."