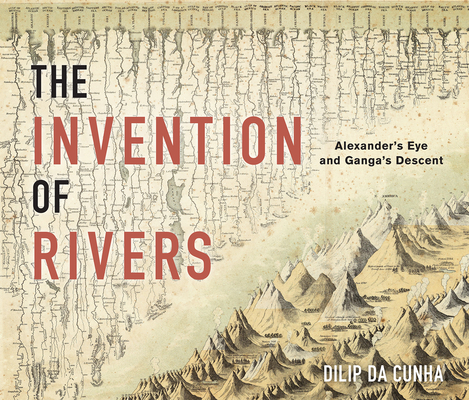 Dilip da Cunha integrates history, art, cultural studies, hydrology, and geography to tell the story of how rivers have been culturally constructed as lines granted a special role in defining human habitation and everyday practice. What we take to be natural features of the earth's surface, according to da Cunha, are products of human design and a particular way of seeing that has roots stretching as far back as ancient Greek cartography. Although Alexander the Great never saw the Ganges, he conceived of it as a flowing body of water, with sources, destinations, and banks that marked the separation of land from water. This Alexandrine view of the river, da Cunha argues, has been pursued and adopted across time and around the world. With ever more sophisticated mappings of its form and characteristics, the river's essential features are refined and standardized: its source identified by a point; its course depicted as a stroke; and its propensity to flood imagined as the erasure of the boundary between water and land.

While da Cunha's vision of rivers is a global one, he takes an especially close look at the Ganges, as he traces the ways in which it has been pictured, mapped, surveyed, explored, and measured across the millennia. He argues that the articulation of the river Ganges has placed it at odds with Ganga, a rain terrain that does not conform to the line of separation, containment, and calibration that are the formalities of a river landscape. By calling rivers into question, da Cunha depicts an ecosystem that is neither land nor water but one of ubiquitous wetness in which rain is held in soil, aquifers, glaciers, snowfields, building materials, agricultural fields, air, and even plants and animals. Printed in full color and featuring more than 150 illustrations, The Invention of Rivers proposes rain, or the rainscape, as an alternative starting point for imagining, understanding, and designing human habitation.
Dilip da Cunha is an architect and planner working out of Philadelphia and Bangalore and a John Simon Guggenheim Memorial Foundation Fellow. He teaches at Harvard University and Columbia University and is author with Anuradha Mathur of Mississippi Floods: Designing a Shifting Landscape; Soak: Mumbai in an Estuary; and Design in the Terrain of Water.