The Teleology of the Modern Nation-State: Japan and China (Encounters with Asia) (Hardcover) 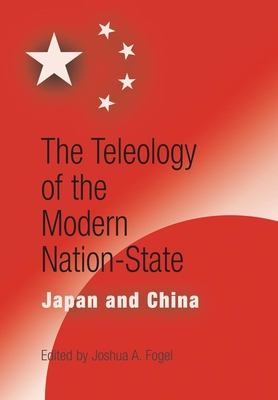 The Teleology of the Modern Nation-State: Japan and China (Encounters with Asia) (Hardcover)

By Joshua A. Fogel (Editor)

Japan and China did not begin to emerge as unified political entities until the nineteenth century. Yet scholars and politicians persistently refer to Japan and China in discussions of earlier periods, as if the modern nation-state had long been established in these regions. Joshua Fogel here brings together essays by eight renowned East Asian scholars to demonstrate why this oversight distorts our historical analysis and understanding of both countries. The nation-states of Japan and China developed much later and, indeed, far less uniformly than usually conveyed in popular myth and political culture. Moreover, the false depiction of an earlier national identity not only alters the factual record; it serves the contemporary engines of nationalist mythology and propaganda.

This interdisciplinary volume asks deceptively simple questions: When did Japan and China become Japan and China? When and why do inhabitants begin to define their identity and interests nationally rather than locally? Identifying the role of mitigating factors from disease and travel abroad to the subtleties of political language and aesthetic sensibility, the answers provided in these diverse and insightful essays are appropriately complex. By setting aside Western notions of the nation-state, the contributors approach each region on its own terms, while the thematic organization of the book provides a unique lens through which to view the challenges common to understanding both Japan and China. This highly readable collection will be important to scholars both inside and beyond the field of East Asian studies.
Joshua A. Fogel is Professor of History and East Asian Languages and Cultural Studies at the University of California, Santa Barbara. He is the author, most recently, of The Literature of Travel in the Japanese Rediscovery of China, 1862-1945.