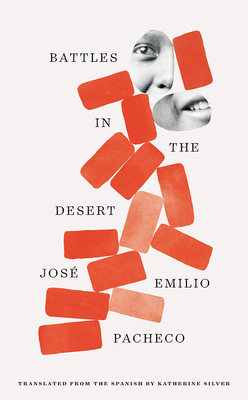 This landmark novella—one of the central texts of Mexican literature, is eerily relevant to our current dark times—offers a child’s-eye view of a society beset by dictators, disease, and natural disasters, set in “the year of polio, foot-and-mouth disease, floods.” A middle-class boy grows up in a world of children aping adults (mock wars at recess pit Arabs against Jews), where a child’s left to ponder “how many evils and catastrophes we have yet to witness.” When Carlos laments the cruelty and corruption, the evils of a vicious class system, his older brother answers: “So what, we are living up to our ears in shit anyway under Miguel Alemán’s regime,” with “the face of El Senor Presidente everywhere: incessant, private abuse.” Sound familiar?

Woven into this coming-of-age saga is the terribly intense love Carlos cherishes for his friend’s young mother, which has the effect of driving the general cruelties further under the reader’s skin. The acclaimed translator Katherine Silver has greatly revised her original translation, enlivening afresh this remarkable work.

His work is universal, part of the eternal glory of literature.
— Carlos Fuentes

An intensely felt vision of life: abruptly we realize we have been led—almost trapped—into thoughtfulness. Mr. Pacheco has said he cannot believe his work could be of interest to anyone outside of Mexico City. True, his work is not an export commodity—precisely why it is worth exporting.
— New York Times Book Review

This coming-of-age story, originally published in 1981, explores the intensity of childhood passion even as it mourns the passing of a version of Mexico City subsumed by the tidal wave of consumer-based globalism. A fresh translation of this classic of 20th-century Mexican literature, ready for a new audience to savor.
— Kirkus (starred review)

What may be the most beloved fictional work to a nation of 130 million people. Battles in the Desert—recently reissued by New Directions to honor the fortieth anniversary of its first publication in Spanish—plays in Mexican culture a role similar to Salinger’s The Catcher in the Rye or Harper Lee’s To Kill a Mockingbird in the United States. Everybody has read it.

How can such a tiny novella contain so many lessons in perception? The vessel is a schoolboy named Carlos, whose father owns a soap factory in Mexico City in the late 1940s...70 pages of deep submergence in experience and sensation.
— Molly Young - The New York Times