An Absurd Vice: A Biography of Cesare Pavese (Paperback) 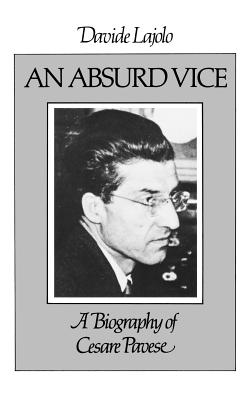 An Absurd Vice: A Biography of Cesare Pavese (Paperback)


Not On Our Shelves—Ships in 1-5 Days
An Absurd Vice, the critical biography of Cesare Pavese by his friend and fellow-writer Davide Lajolo, has been celebrated in Italy since its publication there in 1960. With well-balanced affection and blame, it presents a portrait of the prize-winning author of the House on the Hill, Work Wearies and other books of fiction and poetry, dedicated editor at the Einaudi Publishing House, and renowned translator of such classics as David Copperfield and Moby-Dick, who was yet unable to shake what he ruefully called his “absurd vice”– a lifelong obsession with suicide. “Mine would be a biography to be written with a scalpel,” Pavese once told Lajolo, “I am made up of too many parts that do not blend.” Born in rural Piedmont in 1908, Pavese returned, throughout his working life in the city of Turin, to his native hills for solace and inspiration. His friends and admirers included the great Italian literati of the day, yet he remained a lonely man who, after losing his first love, never made his peace with womankind. Several of his friends lost their lives in World War II and the Italian civil war of resistance, and Pavese himself spent a year in exile. But in 1950, having survived the Fascist era, believing Communism to offer hope for his country’s future, and at the height of his fame, he nevertheless took his own life. Translated and edited with an introduction by Mario and Mark Pietralunga.