A Process Model (Studies in Phenomenology and Existential Philosophy) (Paperback) 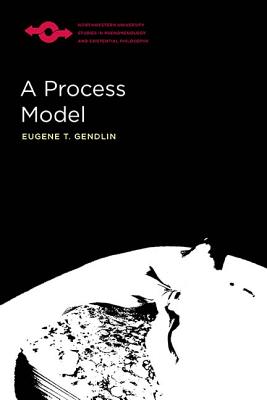 A Process Model (Studies in Phenomenology and Existential Philosophy) (Paperback)

By Eugene Gendlin, Robert A. Parker (Contributions by)


Not On Our Shelves—Ships in 1-5 Days
Eugene T. Gendlin (1926–2017) is increasingly recognized as one of the seminal thinkers of our era. Carrying forward the projects of American pragmatism and continental philosophy, Gendlin created an original form of philosophical psychology that brings new understandings of human experience and the life-world, including the “hard problem of consciousness.”
A Process Model, Gendlin’s magnum opus, offers no less than a new alternative to the dualism of mind and body. Beginning with living process, the body’s simultaneous interaction and identity with its environment, Gendlin systematically derives nonreductive concepts that offer novel and rigorous ways to think from within lived precision. In this way terms such as body, environment, time, space, behavior, language, culture, situation, and more can be understood with both great force and great subtlety.

Gendlin’s project is relevant to discussions not only in philosophy but in other fields in which life process is central—including biology, environmental management, environmental humanities, and ecopsychology. It provides a genuinely new philosophical approach to complex societal challenges and environmental issues.

EUGENE T. GENDLIN received his Ph.D. in philosophy from the University of Chicago and taught there from 1964 to 1995. He was honored four times by the American Psychological Association for his development of Experiential Psychotherapy. He was awarded the 2007 Viktor Frankl prize by the city of Vienna and the Viktor Frankl Family Foundation. He is the author of a number of books, including Focusing, Experiencing and the Creation of Meaning, and Focusing-Oriented Psychotherapy.

ROBERT A. PARKER is a psychologist and Focusing-Oriented Psychotherapist at the Focusing Institute.

"This book is a masterful contribution to its field, both highly original and qualitatively sound. Moreover, it is a pivotal work in the large oeuvre of its author, a world-known figure in a number of fields in academia and in the many practice fields he has touched.” —Mary Jeanne Larrabe, editor of An Ethic of Care: Feminist and Interdisciplinary Perspectives