Vita Nuova: A Novel (Writings From An Unbound Europe) (Paperback) 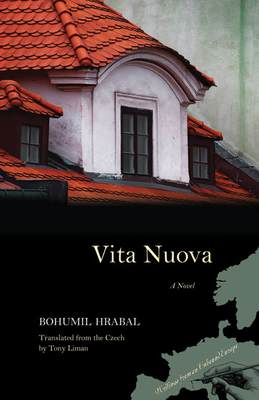 Vita Nuova: A Novel (Writings From An Unbound Europe) (Paperback)

Vita Nuova is the second in a trilogy of memoirs written from the perspective of Bohumil Hrabal’s wife, Elis.ka, about their life in Prague from the 1950s to the 1970s, when Communist repression of artists was at its peak.

Hrabal’s inimitable humor, which in Elis.ka’s ruminations ranges from bawdy slapstick to cutting irony, is all the more penetrating for being directed at himself. Vita Nuova showcases Hrabal’s legendary bohemian intellectual life, particularly his relationship with Vladimír Boudník. Hrabal creates a shrewd, lively portrait of Eastern European intellectual life in the mid-twentieth century.

BOHUMIL HRABAL (1914–1997) is considered, along with Karel Capek and Milan Kundera, to be one of the great Czech writers of the twentieth century. He won international acclaim for the novels Closely Watched Trains (Northwestern, 1995), Too Loud a Solitude (1992), and I Served the King of England (1989).

TONY LIMAN was born in Czechoslovakia in 1966 and grew up in Toronto. He received his M.F.A. from the University of British Columbia. He is a writer and translator, and his fiction has appeared in several Canadian literary journals. Liman lives in Vancouver, British Columbia.

"Hrabal, both as character in and author of Vita Nuova, seeks epiphanies in disorder, and intimations of the infinite in weakness and the grotesque. His metaphysics of the ordinary finds in the corrupted, chance-afflicted world flashes of beauty and transcendence: pearls in the mud. [Vita Nuova] is a refusal of artistic “normalization”…a lively emulation of the ars prosaica of a great Czech writer of the twentieth century." —The Times Literary Supplement