Time Driven: Metapsychology and the Splitting of the Drive (Studies in Phenomenology and Existential Philosophy) (Paperback) 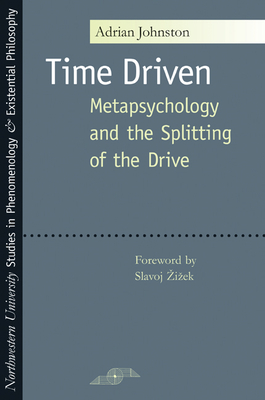 Time Driven: Metapsychology and the Splitting of the Drive (Studies in Phenomenology and Existential Philosophy) (Paperback)


Special Order—Subject to Availability
Elaborating the fundamental concept of Trieb, or drive, Freud outlines two basic types of conflict that at once disturb and organize mental life: the conflict between drives and reality; and the conflict between the drives themselves (as in amorous Eros against the aggressive death drive). In Time Driven, Adrian Johnston identifies a third distinct type of conflict overlooked by Freud: the conflict embedded within each and every drive. By bringing this critical type of conflict to light and explaining its sobering consequences for an understanding of the psyche, Johnston's book makes an essential theoretical contribution to Continental philosophy. His work offers a philosophical interpretation and reassessment of psychoanalysis that places it in relationship to the larger stream of ideas forming our world and, at the same time, clarifies its original contribution to our understanding of the human situation.

Johnston draws on Jacques Lacan's oeuvre in conjunction with certain philosophical resources-elements from transcendental philosophy, structuralism, and phenomenology-to rectify the inconsistencies within the Freudian metapsychological model of drive. In doing so, he helps to answer a question haunting Freud at the end of his career: Why is humanity plagued by a perpetual margin of discontent, despite technological and cultural progress?

In Time Driven, Johnston is able to make sense of Freud's metapsychology both as a whole and in its historical development of Lacan's reinterpretation of Freud, and of the place of both Freud and Lacan in modern philosophy.
ADRIAN JOHNSTON is Chair of and Distinguished Professor in the Department of Philosophy at the University of New Mexico at Albuquerque and a faculty member at the Emory Psychoanalytic Institute in Atlanta.