The Myth of Analysis: Three Essays in Archetypal Psychology (Paperback) 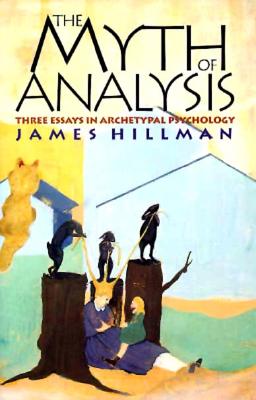 The Myth of Analysis: Three Essays in Archetypal Psychology (Paperback)


Not On Our Shelves—Ships in 1-5 Days
In this work, acclaimed Jungian James Hillman examines the concepts of myth, insights, eros, body, and the mytheme of female inferiority, as well as the need for the freedom to imagine and to feel psychic reality. By examining these ideas, and the role they have played both in and outside of the therapeutic setting, Hillman mounts a compelling argument that, rather than locking them away in some inner asylum or subjecting them to daily self-treatment, man's "peculiarities" can become an integral part of a rich and fulfilling daily life.

Originally published by Northwestern University Press in 1972, this work had a profound impact on a nation emerging self-aware from the 1960s, as well as on the era's burgeoning feminist movement. It remains a profound critique of therapy and the psychological viewpoint, and it is one of Hillman's most important and enduring works.

James Hillman (April 12, 1926 – October 27, 2011) was an American psychologist. He studied at, and then guided studies for, the C.G. Jung Institute in Zurich, founded a movement toward archetypal psychology and retired into private practice, writing and traveling to lecture, until his death at his home in Connecticut on October 27, 2011.

". . . an effort to penetrate beneath analysis and its theoretical language to the central archetypes and myths that reveal themselves therein. The result is a creative and innovative study of depth psychology that moves through and beyond Jung." —Journal of the American Academy of Religion