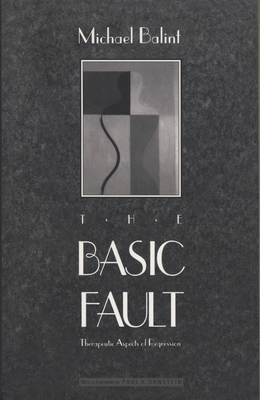 
Not On Our Shelves—Ships in 1-5 Days
When it was first published in 1968, Michael Balint's The Basic Fault laid the groundwork for a far-ranging reformation in psychoanalytic theory. This reformation is still incomplete, for it remains true today that despite the proliferation of techniques and schools, we do not know which are more correct or more successful--and all psychoanalysts continue to encounter intractable cases of mental disorder. Balint argues that ordinary "rigid" techniques and theories are doomed to failure in such cases because of their emphasis on interpretation.

The Basic Fault continues to illuminate the crucial current issues in psychoanalysis and psychotherapy in general: the nature of self, the role of developmental defects, the value of empathy, and the central importance of the relationship between therapist and patient. This paperback edition includes a foreword by Paul H. Ornstein discussing the impact of Balint's work at the time of its publication and its continued importance now.

MICHAEL BALINT (1896–1970), was a psychoanalyst of international reputation, whose originality expressed itself both in clinical practice and in teaching. His involvement with the development of psychoanalytic theory and practice was paralleled by a concern with stimulating understanding of psychodynamic principles among other professional groups, particularly general practitioners. His varied and prolific writings attest to these aims.