The Seventy Faces of Torah: The Jewish Way of Reading the Sacred Scriptures (Paperback) 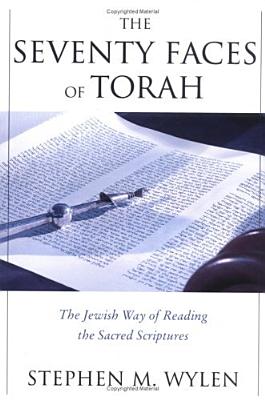 The Seventy Faces of Torah: The Jewish Way of Reading the Sacred Scriptures (Paperback)


Special Order—Subject to Availability
Judaism, Christianity and Islam all acknowledge the Hebrew Bible to be sacred Scripture. And yet these different, and often contradictory, religions each has its own way of reading the Bible, interpreting it according to its own later sacred literature. In The Seventy Faces of Torah, Rabbi Stephen Wylen has written an important book that explains in clear and simple language the Jewish art of reading and interpreting the Bible. He introduces the reader to the major texts and genres of rabbinic literature in which the Jews discover 70 profound insights in every single verse of the Bible. Many Christians mistakenly think of Judaism as the religion of the Old Testament, and wonder why Jews persist in their ancient faith and, unlike Christians, do not find Christ in every verse of the Bible. And how can such different religions be based on the same holy book? As Rabbi Wylen explains, Jews interpret the Bible in accordance with their own sacred literature, much as Christians do with the New Testament. These written scriptures of Judaism (such as The Talmud and Mishnah) are distinct from Torah, the divine voice which speaks anew every day whenever Jews gather to learn the sacred texts of Jewish tradition. This book will be of interest to a wide audience, from Christian clergy and seminarians, and avid lay students of the Bible, to beginning rabbinical students, Jews who want to know more about their own tradition, and to all people who wonder what the Bible has to say to contemporary humanity. Rabbi Wylen also sheds new light on the conflict between religious modernism and Fundamentalism, which will make The Seventy Faces of Torah a valuable book for Bible study groups in churches and synagogues. +