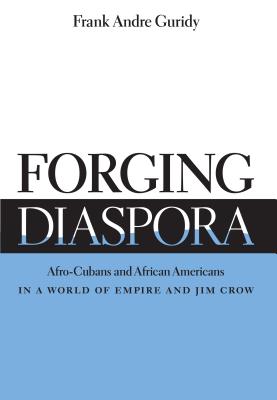 
Not On Our Shelves—Ships in 1-5 Days
Cuba's geographic proximity to the United States and its centrality to U.S. imperial designs following the War of 1898 led to the creation of a unique relationship between Afro-descended populations in the two countries. In Forging Diaspora, Frank Andre Guridy shows that the cross-national relationships nurtured by Afro-Cubans and black Americans helped to shape the political strategies of both groups as they attempted to overcome a shared history of oppression and enslavement.

Drawing on archival sources in both countries, Guridy traces four encounters between Afro-Cubans and African Americans. These hidden histories of cultural interaction--of Cuban students attending Booker T. Washington's Tuskegee Institute, the rise of Garveyism, the Havana-Harlem cultural connection during the Harlem Renaissance and Afro-Cubanism movement, and the creation of black travel networks during the Good Neighbor and early Cold War eras--illustrate the significance of cross-national linkages to the ways both Afro-descended populations negotiated the entangled processes of U.S. imperialism and racial discrimination. As a result of these relationships, argues Guridy, Afro-descended peoples in Cuba and the United States came to identify themselves as part of a transcultural African diaspora.