The William Hoy Story: How a Deaf Baseball Player Changed the Game (Hardcover) 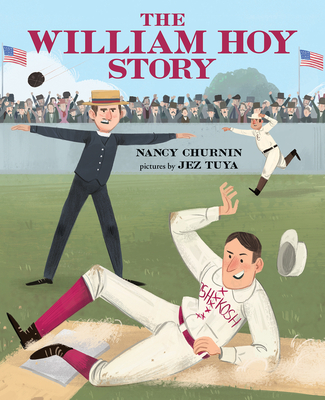 The William Hoy Story: How a Deaf Baseball Player Changed the Game (Hardcover)

All William Ellsworth Hoy wanted to do was play baseball. After losing out on a spot on the local deaf team, William practiced even harder—eventually earning a position on a professional team. But his struggle was far from over. In addition to the prejudice Hoy faced, he could not hear the umpires' calls. One day he asked the umpire to use hand signals: strike, ball, out. That day he not only got on base but also changed the way the game was played forever. William “Dummy" Hoy became one of the greatest and most beloved players of his time!

The William Hoy Story is also on several book lists:

"The Louisiana Young Readers' Choice program was founded in 1999 with the first award given in 2000. Participation in this program has climbed from 5,485 votes the first year to over 29,000 students participating in 2009. The purpose of the program is to foster a love of reading in the children of Louisiana by motivating them to participate in the recognition of outstanding books."