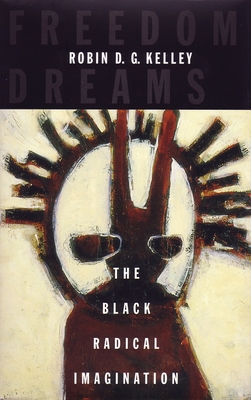 
Special Order—Subject to Availability
Kelley unearths freedom dreams in this exciting history of renegade intellectuals and artists of the African diaspora in the twentieth century. Focusing on the visions of activists from C. L. R. James to Aime Cesaire and Malcolm X, Kelley writes of the hope that Communism offered, the mindscapes of Surrealism, the transformative potential of radical feminism, and of the four-hundred-year-old dream of reparations for slavery and Jim Crow. From'the preeminent historian of black popular culture' (Cornel West), an inspiring work on the power of imagination to transform society.
Robin D. G. Kelley is Distinguished Professor and Gary B. Nash Endowed Chair in U.S. History at UCLA. He is author or co-editor of numerous award-winning books including Thelonious Monk: The Life and Times of an American Original(The Free Press, 2009); Yo’ Mama’s Disfunktional!: Fighting the Culture Wars in Urban America (Beacon Press, 1997); and Race Rebels: Culture, Politics, and the Black Working Class (The Free Press, 1994), among others.
“A bold and provocative celebration of the black radical imagination in the 20th century.”
—Laura Ciolkowski, The New York Times Book Review

“Based on Kelley’s belief that to make a better world we must first imagine it, this brilliantly conceived and written book recounts the accomplishments of black activists and thinkers over the past century who have been committed to remaking the world.”
—Library Journal

“Through this masterful book of black radical history and philosophy, I can look past the dreariness of our unfree world with the binoculars of the imaginary, learning from those female and male 20th century activists Kelley chronicled, who refused to let any oppressor stop their movement dreams of a free life, of a free world.”
—Ibram X. Kendi, author of Stamped From the Beginning