Polar Bear, Polar Bear, What Do You Hear? (Brown Bear and Friends) (Board book) 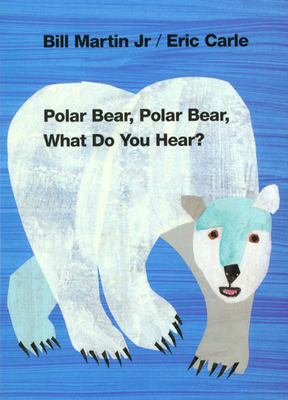 Polar Bear, Polar Bear, What Do You Hear? (Brown Bear and Friends) (Board book)

What will you hear when you read this book to a preschool child?

Children will chant the rhythmic words. They'll make the sounds the animals make. And they'll pretend to be the zoo animals featured in the book-- look at the last page!

Bill Martin Jr. and Eric Carle are two of the most respected names in children's education and children's illustrations. This collaboration, their first since the classic Brown Bear, Brown Bear, What Do You See? (published more than thirty years ago and still a best-seller) shows two masters at their best.

“Teachers will smile with delight when they see this wonderful book, and students are sure to utter the familiar request, 'Have you got another one like this one?'” —School Library Journal, starred review