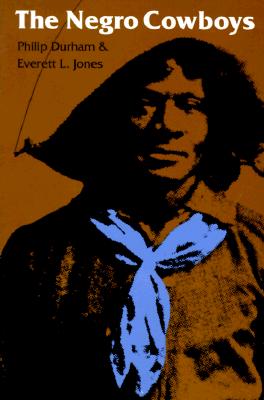 
Not On Our Shelves—Ships in 1-5 Days
More than five thousand Negro cowboys joined the round-ups and served on the ranch crews in the cattleman era of the West. Lured by the open range, the chance for regular wages, and the opportunity to start new lives, they made vital contributions to the transformation of the West. They, their predecessors, and their successors rode on the long cattle drives, joined the cavalry, set up small businesses, fought on both sides of the law. Some of them became famous: Jim Beckwourth, the mountain man; Bill Pickett, king of the rodeo; Cherokee Bill, the most dangerous man in Indian Territory; and Nat Love, who styled himself "Deadwood Dick."

They could hold their own with any creature, man or beast, that got in the way of a cattle drive. They worked hard, thought fast, and met or set the highest standards for cowboys and range riders.