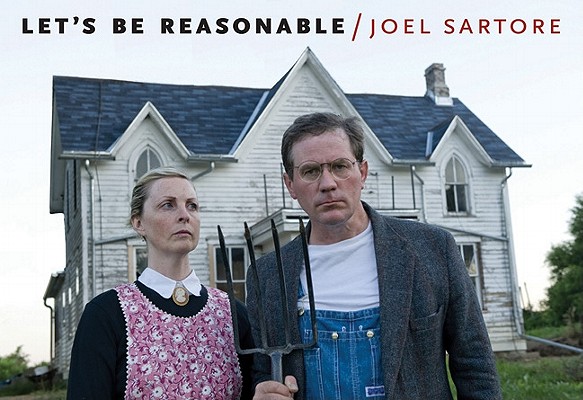 
Not On Our Shelves—Ships in 1-5 Days
Joel Sartore has spent twenty years taking pictures for National Geographic magazine and has been a contributor to CBS News Sunday Morning since 2005, harmonizing words and images on topics ranging from mud to money, holiday trash to cancer. His fresh insights and engaging warmth and wit—accompanied by extraordinary photographs—provide a sensory experience that draws readers into one fascinatingly different world after another.  Let’s Be Reasonable collects Sartore’s pieces—some aired on Sunday Morning, some never before published—pairing each story with the award-winning photography for which he is known. Assignments from the Amazon to Alaska, from wildlife refuges to state fairs have given Sartore a remarkable breadth of experience that is captured for the first time in this irresistible book.
Joel Sartore has been a contributing photographer for National Geographic magazine since 1991. His articles have covered endangered species, America’s wildlife refuges, and U.S. federal lands, and include features on several states. His work has also appeared in Audubon, Life, Newsweek, Sports Illustrated, Time, and dozens of books. Sartore is a cofounder of the Grassland Foundation and the author of RARE: Portraits of America’s Endangered Species and Nebraska: Under a Big Red Sky (available in a Bison Books edition).
“The notion that one picture is worth a thousand words has always seemed silly to me. It depends on what pictures and what words you’re talking about. Some pictures require no words at all. Some words create their own pictures in the mind of the beholder; different pictures for different beholders. In the case of Joel Sartore’s work we get both. Words that illuminate mere pictures, pictures that give shape, substance, light and shade to mere words. Together they are a uniquely personal artistic expression. As readers of National Geographic and viewers of CBS News Sunday Morning have discovered to our delight over the years, nobody but Joel Sartore would ever, could ever, combine the men women, children, animals, and Nebraska countryside in just this way. The insights, the sense and sensibility, the quirky humor, love, outrage and passion are his and his alone. That’s what makes his work and this book such a treasure.”—Charles Osgood, host of CBS News Sunday Morning and The Osgood File

"For this collection of essays and images, photojournalist Santore drew on various subjects encountered in his travels on assignment for CBS Sunday Morning and National Geographic magazine. By turns quirky, candid, whimsical and moving, they cover a wide range of topics, including endangered species, the power of laughter, state-fair food, mud, money, conspicuous consumption, and his own life and family at home in Nebraska."—Neil Pond, American Profile