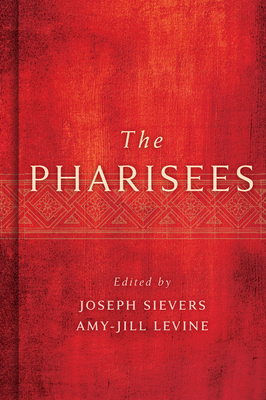 A multidisciplinary appraisal of the Pharisees: who they were, what they taught, and how they've been understood and depicted throughout history

For centuries, Pharisees have been well known but little understood--due at least in part to their outsized role in the Christian imagination arising from select negative stereotypes based in part on the Gospels. Yet historians see Pharisees as respected teachers and forward-thinking innovators who helped make the Jewish tradition more adaptable to changing circumstances and more egalitarian in practice. Seeking to bridge this gap, the contributors to this volume provide a multidisciplinary appraisal of who the Pharisees actually were, what they believed and taught, and how they have been depicted throughout history.

The topics explored within this authoritative resource include:

Following the exploration of these and other topics by a team of internationally renowned scholars, this volume concludes with an address by Pope Francis on correcting the negative stereotypes of Pharisees that have led to antisemitic prejudices and finding resources that "will positively contribute to the relationship between Jews and Christians, in view of an ever more profound and fraternal dialogue."

Joseph Sievers has taught Jewish history and literature of the Hellenistic period at the Pontifical Biblical Institute since 1991. In addition, he served as director of the Cardinal Bea Centre for Judaic Studies at the Pontifical Gregorian University from 2003 to 2009. He has published several books and many articles, primarily in the areas of Second Temple history (especially Flavius Josephus) and Christian-Jewish relations. His abiding interest in the Pharisees was first expressed in an article titled "Who Were the Pharisees?" (1991). Amy-Jill Levine is the University Professor of New Testament and Jewish Studies and the Mary Jane Werthan Chair of Jewish Studies Emerita at Vanderbilt University. Her numerous publications include The Misunderstood Jew: The Church and the Scandal of the Jewish Jesus; Short Stories by Jesus; The Gospel of Luke (with Ben Witherington III); The Jewish Annotated New Testament; The Bible With and Without Jesus: How Jews and Christians Read the Same Stories Differently (with Marc Brettler); and Sermon on the Mount: A Beginner's Guide to the Kingdom of Heaven.