The Crucifixion: Understanding the Death of Jesus Christ (Paperback) 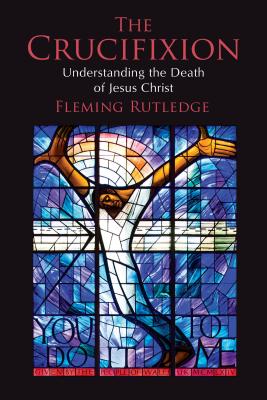 The Crucifixion: Understanding the Death of Jesus Christ (Paperback)

Though the apostle Paul boldly proclaimed "Christ crucified" as the heart of the gospel, Fleming Rutledge notes that preaching about the cross of Christ is remarkably neglected in most churches today. In this book Rutledge addresses the issues and controversies that have caused pastors to speak of the cross only in the most general, bland terms, precluding a full understanding and embrace of the gospel by their congregations. Countering our contemporary tendency to bypass Jesus' crucifixion, Rutledge in these pages examines in depth all the various themes and motifs used by the New Testament evangelists and apostolic writers to explain the meaning of the cross of Christ. She mines the classical writings of the Church Fathers, the medieval scholastics, and the Reformers as well as more recent scholarship, while bringing them all into contemporary context. Widely known for her preaching, Rutledge seeks to encourage preachers, teachers, and anyone else interested in what Christians believe to be the central event of world history.

Fleming Rutledge is an Episcopal priest widely recognized in North America and the UK as a preacher, lecturer, and teacher of other preachers. Her published sermon collections, most recently And God Spoke to Abraham: Preaching from the Old Testament, have received acclaim across denominational lines. Among her other books are The Bible and The New York Times, Not Ashamed of the Gospel: Sermons from Paul's Letter to the Romans, and The Battle for Middle-earth: Tolkien's Divine Design in The Lord of the Rings.