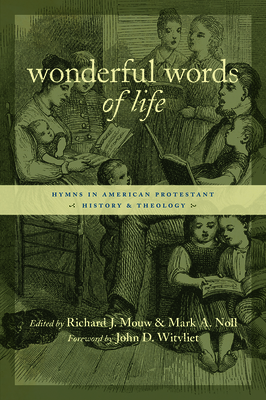 
Not On Our Shelves—Ships in 1-5 Days
(This book cannot be returned.)
While many evangelical congregations have moved away from hymns and hymnals, these were once central fixtures in the evangelical tradition. This book examines the role and importance of hymns in evangelicalism, not only as a part of worship but as tools for theological instruction, as a means to identity formation, and as records of past spiritual experiences of the believing community. Written by knowledgeable church historians, Wonderful Words of Life explores the significance of hymn-singing in many dimensions of American Protestant and evangelical life. The book focuses mainly on church life in the United States but also discusses the foundational contributions of Isaac Watts and other British hymn writers, the use of gospel songs in English Canada, and the powerful attraction of African-American gospel music for whites of several religious persuasions. Includes appendixes on the American Protestant Hymn Project and on hymns in Roman Catholic hymnals. Contributors:
Susan Wise Bauer
Thomas E. Bergler
Virginia Lieson Brereton
Esther Rothenbusch Crookshank
Kevin Kee
Richard J. Mouw
Mark A. Noll
Felicia Piscitelli
Robert A. Schneider
Rochelle A. Stackhouse
Jeffrey VanderWilt.