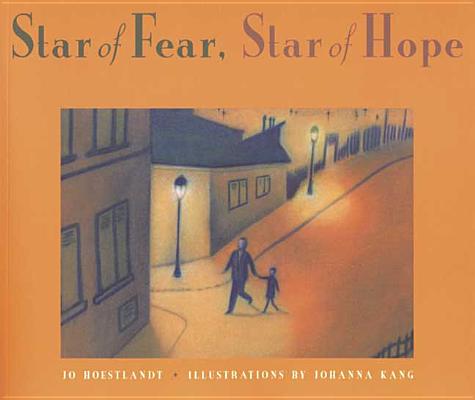 Set in France, during the Nazi occupation of World War II, a gentile child named Helen recalls the mounting persecution of her Jewish friend. She wonders why does her best friend, Lydia, have to wear a yellow star? Why are people in hiding and using strange names? What is Lydia afraid of? Touching upon the Holocaust with sensitivity and poignancy, Star of Fear, Star of Hope will help readers understand this difficult event in history.

“Like Richter's Friedrich (1970) for older readers, this picture book dramatizes the Holocaust from the point of view of a gentile child who watches the mounting persecution of a Jewish friend. Translated from the French, the story is narrated by Helen, who remembers herself at nine years old in 1942 when the Nazis occupied northern France. Why does her best friend, Lydia, have to wear a yellow star? Why are people in hiding and using strange names? What is Lydia afraid of? Helen quarrels with her friend, and then Lydia is taken away, and Helen never sees her again. The book won the Graphics Prize at the 1994 Bologna Book Fair. The pastel pictures in sepia tones are understated, with an old-fashioned, almost childlike simplicity. In contrast to the quiet pictures of the children together inside the house, there's a climactic double-page street scene of a long column of people carrying suitcases and being marched away by the French police. Without being maudlin or sensational, the story brings the genocide home.” —Hazel Rochman, Booklist

“This poignant account of childhood innocence destroyed by the Nazi occupation of France touches both heart and mind. A woman named Helen, remembering her ninth birthday, still regrets the angry comment she made that day to her Jewish friend Lydia -- who disappeared the next morning when the Nazis began rounding up the Jews and arresting them. The illustrations are minimal in detail yet emotionally evocative.” —The Horn Book