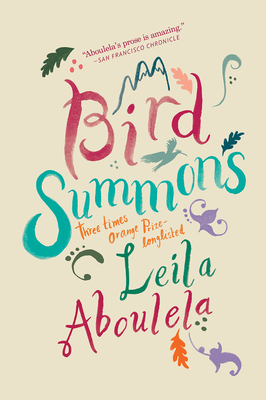 
In Stock—Click for Locations
In her adventurous new novel, New York Times Notable author Leila Aboulela delivers a lively portrait of three women who embark on a journey of self-discovery while grappling with the conflicting demands of family, duty, and faith. When Salma, Moni, and Iman--friends and active members of their local Muslim Women's group--decide to take a road trip together to the Scottish Highlands, they leave behind lives often dominated by obligation, frustrated desire, and dull predictability. Each wants something more out of life, but fears the cost of taking it. Salma is successful and happily married, but tempted to risk it all when she's contacted by her first love back in Egypt; Moni gave up a career in banking to care for her disabled son without the help of her indifferent husband; and Iman, in her twenties and already on her third marriage, longs for the freedom and autonomy she's never known. When the women are visited by the Hoopoe, a sacred bird from Muslim and Celtic literature, they are compelled to question their relationships to faith and femininity, love, loyalty, and sacrifice. Brilliantly imagined, thoughtful and wise, Bird Summons confirms Leila Aboulela's reputation as one of our finest contemporary writers.
LEILA ABOULELA was born in Cairo and grew up in Khartoum. She has written four other novels: The Translator, Minaret, and Lyrics Alley, all of which were longlisted for the Orange Prize, and The Kindness of Enemies. Lyrics Alley won Novel of the Year at the Scottish Book Awards and was shortlisted for the Commonwealth Writers' Prize. She was awarded the Caine Prize for her short story "The Museum," included in her collection Elsewhere, Home--winner of the Saltire Fiction Prize. She lives in Aberdeen.