Assassins of the Turquoise Palace (Paperback) 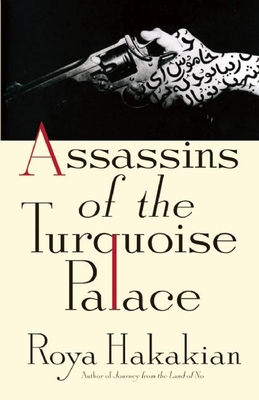 Assassins of the Turquoise Palace (Paperback)


Not On Our Shelves—Ships in 1-5 Days
On the evening of September 17, 1992, eight leading members of the Iranian and Kurdish opposition had gathered at a little-known restaurant in Berlin when two darkly-clad men burst through the entrance. Within moments, the roar of a machine gun filled the air. Two rounds of fire and four single shots later, four of the men were dead. One of the survivors of that shooting, along with the widow of one of the victims and a handful of reporters, attorneys, and fellow exiles, began a crusade that would not only pit them against Tehran but against some of the greatest powers in Germany. When an undeterred federal prosecutor, and an endlessly patient chief judge, took over the case, a historic verdict followed which shook both Europe and Iran, and achieved something few could have predicted--justice. Roya Hakakian's The Assassins of the Turquoise Palace is an incredible book of history and reportage, and an unforgettable narrative of heroism and justice.

"[Assassins of the Turquoise Palace] is a painstaking and riveting accounta true story that reads like an international thriller."The Daily Beast/ Newsweek, Ten Books That You Might Have Missed But Shouldn’t”

[A] riveting account of a multiple murder and trial that led to a paradigm shift in Europe’s relations with post-revolutionary Iran. Hakakian deploys all of her talents as a former producer at 60 Minutes and a poet in her native Farsi to tell the human and political story behind the news A nonfiction political thriller of the highest order.” Kirkus Reviews, (starred review)

Even as they continue to breach every known international law, all the while protesting at interventions in their 'internal affairs,' the theocrats in Tehran stand convicted of mounting murderous interventions in the affairs of others. Roya Hakakian's beautiful book mercilessly exposes just one of these crimes, and stands as tribute to the courageous dissidents and lawyers who managed one of that rarest of human achievements; an authentic victory for truth and justice.” Christopher Hitchens

Assassins of the Turquoise Palace throws light on the rivalries and fears within Iran’s vast exile community carefully researched and vividly writtenIn addition to being a lively account of an extraordinary trial, [it] can be read as an unsettling reminder of the dangers of excessive zeal.” New York Times Book Review

[An] admirable look at the September 17, 1992, terror killing of four Kurdish exiles who were holding a meeting in a small restaurant in Berlin [Hakakian] does a worthy job of presenting the facts through the eyes of the men who survived the shooting and the German authorities who prosecuted the case the focus on Middle East politics should give this broad appeal.” Publishers Weekly

"'I feel myself as a translator,' she said, adding that as a Jew in Iran and now as an Iranian in America, she has always hovered on the periphery. 'My job is to tell what gets lost in the narrative about Iranwhich is not the nuclear story, not the wiping-Israel-off-the-map story, not the ones that are in the headlines, but the stories that are sort of insider accounts, the stories that have deeply shaped us,' she said. 'There are these overlapping spaces that I do inhabit, and I stand there, trying to pass information from one sphere to the other.'" from Roya Hakakian's Washington Post profile

This is a brilliant, riveting book, with all the elements of a great thrillera horrific crime, sociopathic villains, international intrigue, personal betrayals, a noble prosecutor and an honorable judge. And it is all too real: with remarkably comprehensive reporting and brisk, smart writing, Roya Hakakian has told a great story but, more important, she has made plain the lethal immorality at the heart of Iran's regime” Joe Klein, Time Magazine

[A] political thriller thoroughly researched, dramatically told accountReader’s will find everything they could ask for -and morediscussed in riveting detail [a] fine book.” Washington Independent Book Review

Insightful and detailed [The Assassins of the Turquoise Palace] is not limited to a historical account It is a rumination on the Islamic Republic’s culture of terror, and as such it delves into the personal lives of the victims [and] their broken families [A] captivating narrative.” PBS

Roya Hakakian is something rare: a poet turned investigative reporter. The outcome of this unusual fusion is a work of journalistic revelation, written so fluidly and gorgeously, it is a masterpiece.”Lesley Stahl, 60 Minutes

As the world contemplates the pressing predicament of Iran, Roya Hakakian offers one possible solution through a riveting tale that is most timely and profoundly urgent. This superb true story is much more than an international In Cold Blood it is a stunning parable of the central struggle of our times between totalitarianism and the rule of law.”R. James Woolsey, CIA Director 1992-1994

Hakakian’s meticulously documented account of the Mykonos incident is a powerful rejoinder, as well as a lesson in ruthlessness and conscience . . . Hakakian’s narrative shines.” Jewish Ideas Daily