A Sea of Languages: Rethinking the Arabic Role in Medieval Literary History (Hardcover) 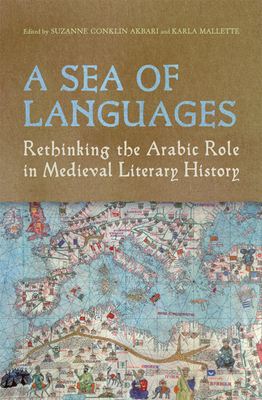 A Sea of Languages: Rethinking the Arabic Role in Medieval Literary History (Hardcover)

Medieval European literature was once thought to have been isolationist in its nature, but recent scholarship has revealed the ways in which Spanish and Italian authors - including Cervantes and Marco Polo - were influenced by Arabic poetry, music, and philosophy. A Sea of Languages brings together some of the most influential scholars working in Muslim-Christian-Jewish cultural communications today to discuss the convergence of the literary, social, and economic histories of the medieval Mediterranean.

This volume takes as a starting point Mar a Rosa Menocal's groundbreaking work The Arabic Role in Medieval Literary History, a major catalyst in the reconsideration of prevailing assumptions regarding the insularity of medieval European literature. Reframing ongoing debates within literary studies in dynamic new ways, A Sea of Languages will become a critical resource and reference point for a new generation of scholars and students on the intersection of Arabic and European literature.