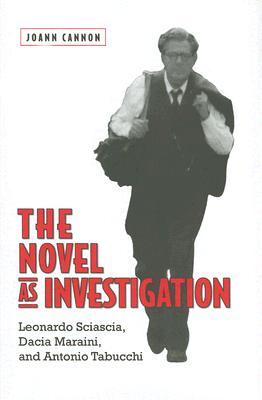 Detective fiction is a universally popular genre; stories about the investigation of a crime by a detective are published all over the world and in hundreds of languages. Detective fiction provides more than entertainment, however; it often has a great deal to say about crime and punishment, justice and injustice, testimony and judgment. The Novel as Investigation examines a group of detective novels by three important Italian writers - Leonardo Sciascia, Dacia Maraini, and Antonio Tabucchi - whose conviction about the ethical responsibility of the writer manifests itself in their investigative fiction.

Jo-Ann Cannon explores each writer's denunciation of societal ills in two complementary texts. These investigative novels shed light on pressing social ills, which are not particular to Italian society of the late twentieth century but are universal in scope: Sciascia focuses on abuses of power and the death penalty, Maraini on violence against women, Tabucchi on torture and police brutality. In addition, each of these texts self-reflexively explore the role of writing in society. Sciascia, Maraini, and Tabucchi all use their fiction to defend the power of the pen to address il male del mondo.

The Novel as Investigation will be of interest to a broad audience of readers, including those interested in Italian and comparative literature, Italian social history, and cultural studies.