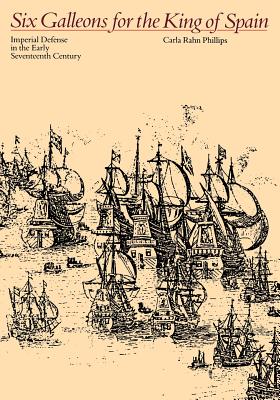 
Not On Our Shelves—Ships in 1-5 Days
(This book cannot be returned.)
In 1625, Martin de Arana built six Atlantic warships for the Spanish crown. The author traces the ships from their construction through a decade of service, incorporating a history of Spain's Golden Age. This book was awarded the Spain and America in Quincentennial Year of Discovery prize.
Carla Rahn Phillips is an adjunct member of the History Department at the University of Texas, Austin. She has published two award-winning books with Johns Hopkins, Six Galleons for the King of Spain: Imperial Defense in the Early Seventeenth Century and, with William D. Phillips, Jr., Spain's Golden Fleece: Wool Production and Wool Trade from the Middle Ages to the Nineteenth Century.