Tradition and Apocalypse: An Essay on the Future of Christian Belief (Hardcover) 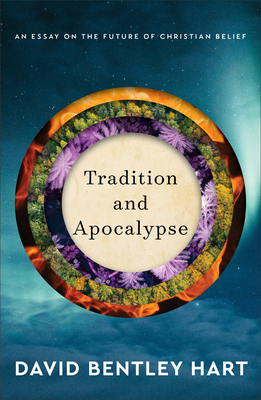 Tradition and Apocalypse: An Essay on the Future of Christian Belief (Hardcover)


Not On Our Shelves—Ships in 1-5 Days
In the two thousand years that have elapsed since the time of Christ, Christians have been as much divided by their faith as united, as much at odds as in communion. And the contents of Christian confession have developed with astonishing energy. How can believers claim a faith that has been passed down through the ages while recognizing the real historical contingencies that have shaped both their doctrines and their divisions?

In this carefully argued essay, David Bentley Hart critiques the concept of "tradition" that has become dominant in Christian thought as fundamentally incoherent. He puts forth a convincing new explanation of Christian tradition, one that is obedient to the nature of Christianity not only as a "revealed" creed embodied in historical events but as the "apocalyptic" revelation of a history that is largely identical with the eternal truth it supposedly discloses. Hart shows that Christian tradition is sustained not simply by its preservation of the past, but more essentially by its anticipation of the future. He offers a compelling portrayal of a living tradition held together by apocalyptic expectation--the promised transformation of all things in God.
David Bentley Hart (PhD, University of Virginia) is a philosopher and a religious studies scholar whose work encompasses a wide range of subjects and genres. He has taught at the University of Virginia, the University of St. Thomas, Loyola College in Maryland, Providence College, and Saint Louis University. In 2015, he was granted a Templeton Fellowship at the University of Notre Dame Institute for Advanced Study. Hart has written numerous books, including The Beauty of the Infinite, The New Testament: A Translation, The Devil and Pierre Gernet, Theological Territories, and That All Shall Be Saved.