The Syndetic Paradigm: The Untrodden Path Beyond Freud and Jung (Hardcover) 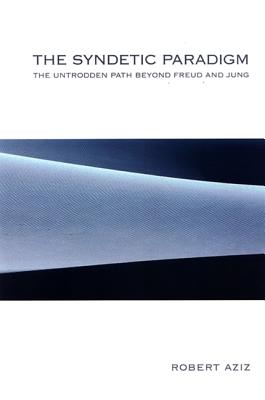 The Syndetic Paradigm: The Untrodden Path Beyond Freud and Jung (Hardcover)


Special Order—Subject to Availability
In The Syndetic Paradigm, Robert Aziz argues that the Jungian Paradigm is a deeply flawed theoretical model that falls short of its promise. Aziz offers in its stead what he calls the Syndetic Paradigm. In contrast to the Jungian Paradigm, the Syndetic Paradigm takes the critical theoretical step of moving from a closed-system model of a self-regulatory psyche to an open-system model of a psyche in a self-organizing totality. The Syndetic Paradigm, in this regard, holds that all of life is bound together in a highly complex whole through an ongoing process of spontaneous self-organization. The new theoretical model that emerges in Aziz's work, while taking up the fundamental concerns of its Freudian and Jungian predecessors with psychology, ethics, spirituality, sexuality, politics, and culture, conducts us to an experience of meaning that altogether exceeds their respective bounds.
Robert Aziz is a psychotherapist in private practice, an executive consultant within the business sector, and has lectured on the psychology of the unconscious. He is a Clinical Member of the Ontario Society of Psychotherapists and a Full Member of the Canadian Psychological Association, and is the author of C. G. Jung's Psychology of Religion and Synchronicity, also published by SUNY Press.