Lives in Spirit: Precursors and Dilemmas of a Secular Western Mysticism (Hardcover) 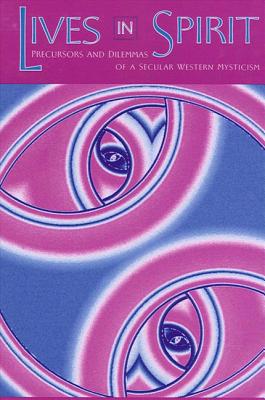 Lives in Spirit: Precursors and Dilemmas of a Secular Western Mysticism (Hardcover)


Special Order—Subject to Availability
Lives in Spirit explores the dynamic conflicts that both energized and distorted the spiritual development of key precursor figures of a contemporary secular or "this-worldly" mysticism. With its historical roots in the early Gnostics and Plotinus, this characteristically Western spirituality re-emerges with the secularization and loss of traditional religious belief of modernity. The lives, works, and direct experiences of Nietzsche, Emerson, Thoreau, Jung, Heidegger, Gurdjieff, Crowley, and contemporary feminist mysticism are considered in terms of transpersonal psychology (Almaas), the sociology of mysticism (Weber and Troeltsch), and contemporary psychoanalysis (Winnicott, Bion, Kohut). Spiritual or essential experience is seen as an inherent form of human intelligence, which while potentially and even increasingly impacted by personal dynamics and social crisis, is not reducible to them.
Harry T. Hunt is Professor in the Department of Psychology at Brock University. He is the author of On the Nature of Consciousness: Cognitive, Phenomenological, and Transpersonal Perspectives and The Multiplicity of Dreams: Memory, Imagination, and Consciousness.