Analytic Theism, Hartshorne, and the Concept of God (Paperback) 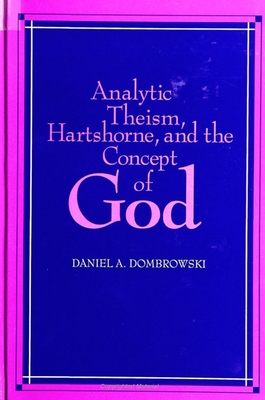 Analytic Theism, Hartshorne, and the Concept of God (Paperback)

By Daniel A. Dombrowski


Special Order—Subject to Availability
This book initiates a dialogue where one does not exist, and continues a dialogue where one has been tentatively initiated, regarding the concept of God in the neoclassical philosophy of Charles Hartshorne and that found in analytic philosophers who adhere to classical theism. Two distinctive features of the book are a careful examination of Hartshorne's use of position matrices in the philosophy of religion so as to avoid a myopic view of the theoretical options open to us, and an extended treatment of the largely uncritical appropriation by analytic theists of the Aristotelian tradition in theology, a tradition that relies on a certain form of Platonism not necessarily held by Plato.
Daniel A. Dombrowski is Professor of Philosophy at Seattle University. He is the author of Hartshorne and the Metaphysics of Animal Rights; and St. John of the Cross: An Appreciation, both published by SUNY Press, as well as Plato's Philosophy of History; The Philosophy of Vegetarianism; Thoreau the Platonist; and Christian Pacifism.