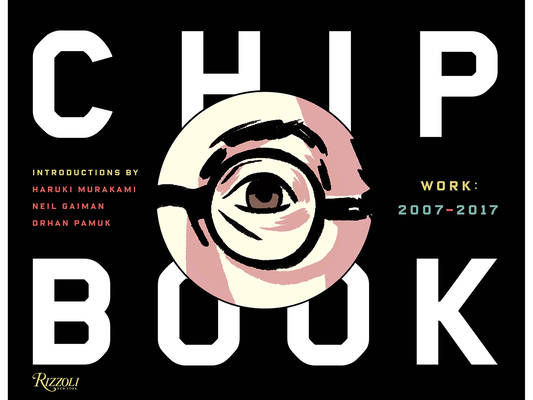 
In Stock—Click for Locations
Chip Kidd is recognized worldwide as one of the best graphic designers working today, especially in book design. This is a much anticipated follow-up to Chip Kidd: Book One, where he not only showcases his most recent work, but demonstrates the relationship he has with some of the world's most influential authors and sheds light into his passion for the art of book-making and most recent expansion to other media design like film posters, magazine covers, and artist collaborations. This book is a must-have for designers and all book-lovers interested in the man responsible for some of the most recognizable book covers in the world.

CHIP KIDD, BOOK TWO is a work of art itself, a book on a designer described as "a design demigod," and "the closest thing to a rock star" in graphic design. The book will feature all of Kidd's book designs from the years 2007 to 2017, including book cover designs for best-selling authors Haruki Murakami, Cormac McCarthy, Orhan Pamuk, Augusten Burroughs, and David Sedaris, each whom share insight on Kidd's creative process and the importance his designs have had on their work.
Chip Kidd is associate art director at Alfred A. Knopf. His first novel, The Cheese Monkeys, was a national bestseller and a New York Times Notable Book of the Year. He is the editor-at-large for Pantheon and the author of Peanuts: The Art of Charles M. Schulz, Batman Collected, and others. He lives in New York City and Stonington, Connecticut.