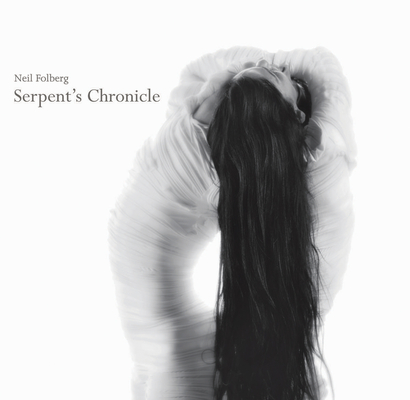 By Neil Folberg (Photographs by)

The story of Adam and Eve powerfully retold in photographs, from an unexpected viewpoint

With his last book, Travels with Van Gogh and The Impressionists, Neil Folberg–already well known as a photographer of landscape and architecture–took his work in a surprising, and successful, new direction, using costumed actors and carefully arranged settings to reconstruct the milieux of some of the world’s most beloved artists. Serpent’s Chronicle represents a further evolution of Folberg’s interest in staged photography: here, the images form a continuous narrative, namely, the story of Adam and Eve, as seen through the eyes of the Serpent. For this ambitious exercise in pictorial storytelling, acted by modern dancers and set in a wild Mediterranean valley, Folberg draws upon the full range of his artistic resources as a photographer in color and black and white, and of the landscape, the human figure, and even the night sky; the result, according to ARTnews, is a series of “lush depictions” that use “subtle anachronism, metaphor, and theatricality to memorable effect.”

To memorable effect and, one might add, in a spirit of serious spiritual inquiry; Folberg’s imaginative retelling of the story, based on an ancient oral tradition and accompanied by a poetic text, addresses the profound questions inherent in the biblical account. For instance, how could there be a state of paradise with only one human inhabitant? And how could conflict be avoided if there were two? Presenting Adam and Eve as Everyman and Everywoman, in a time and place at once archetypal and contemporary, Folberg shows us that the story of Eden is the true prototype of every human relationship and endeavor.

Neil Folberg is widely known for his color photographs of the landscape and architecture of the Middle East and the Mediterranean. Galleries have exhibited Folberg’s work worldwide; his photographs are in the collections of The Metropolitan Museum of Art, Bibliotheque Nationale, and the Smithsonian Institution. Born in San Francisco and raised in the Midwest, Folberg has lived in Jerusalem with his wife and three sons since 1976.