The Legend Of The North Star: Little Dot Makes A Wish (Paperback) 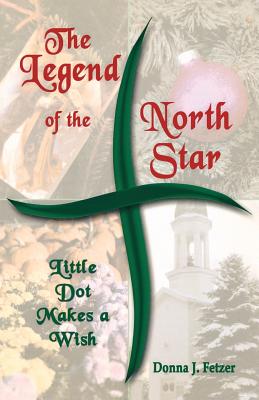 The Legend Of The North Star: Little Dot Makes A Wish (Paperback)


Not On Our Shelves—Ships in 1-5 Days
The Legend of the North Star (Little Dot Makes a Wish) is an imaginative children's story about a little dot left behind after God created the stars. The dot wants to be like other stars, so Luminaria, the wisest of all stars, grants the dot its wish and helps it discover its real purpose as the Star of Bethlehem. The story is formatted both as a narrative that can be read by a storyteller and as a play that can be performed by a narrator and numerous children. Donna J. Fetzer is a professional storyteller from Wooster, Ohio, who has appeared in many states, as well as on television and radio. She teaches classes in storytelling and playacting at several educational institutions, and often presents workshops at storytelling conferences. Fetzer originated "Grandma's Theater," and for the past fifteen years she has written, directed, and produced children's plays for her community. She is a member of St. Paul Lutheran Church in Smithville, Ohio.