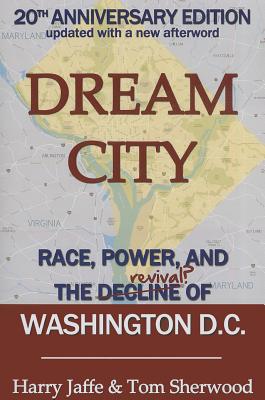 
Special Order—Subject to Availability
(This book cannot be returned.)
With a new afterword covering the two decades since its first publication, two of Washington, D.C.'s most respected journalists expose one of America's most tragic ironies: how the nation's capital, often a gleaming symbol of peace and hope, is the setting for vicious contradictions and devastating conflicts over race, class, and power. Jaffe and Sherwood have chillingly chronicled the descent of the District of Columbia congressional hearings, gangland murders, the establishment of home rule and the inside story of Marion Barry's enigmatic dynasty and disgrace. Now their afterword narrates the District's transformation in the last twenty years. New residents have helped bring developments, restaurants, and businesses to reviving neighborhoods. The authors cover the rise and fall of Mayors Adrian Fenty and Vince Gray, how new corruption charges are taking down politicians and businessmen, and how a fading Barry is still a player. The city behind the monuments remains flawed and polarized, but its revival is turning it into a distinct world capital almost a dream city.
Harry Jaffe has been a national editor at "The Washingtonian" magazine since 1990. He has received a number of awards for investigative journalism and feature writing from the Society of Professional Journalists. He has taught journalism at Georgetown University and American University. His work has appeared in "Esquire," "Regardie's," "Outside," "Philadelphia Magazine," "National Geographic Traveler," "The Washington Post," "The Los Angeles Times," "The Chicago Tribune," and other newspapers. Jaffe was born and raised in Philadelphia and began his journalism career with the Rutland (Vermont) Herald. He is the co-author of "Dream City: Race, Power and the Decline of Washington, D.C." He lives in Clarke County, Virginia, and Washington, D.C., with his wife and daughters.
Tom Sherwood is a reporter for NBC4 in Washington, specializing in politics and the District of Columbia government. Tom also is a commentator for WAMU 88.5 public radio and a columnist for the Current Newspapers. Tom has twice been honored as one of the Top 50 Journalists in Washington by "Washingtonian" magazine. He began his journalism career at "The Atlanta Constitution" and covered local and national politics for "The Washington Post" from 1979 to 1989. He is the co-author of "Dream City: Race, Power and the Decline of Washington, D.C." A native of Atlanta, he currently resides in Washington, D.C. and has one son, Peyton.